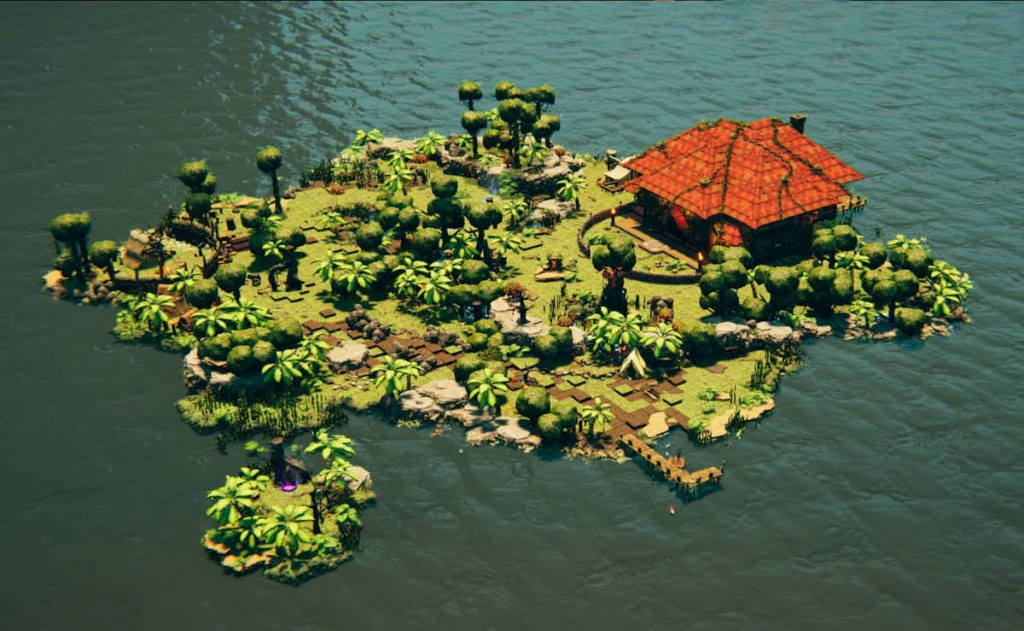 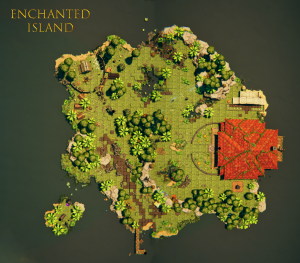 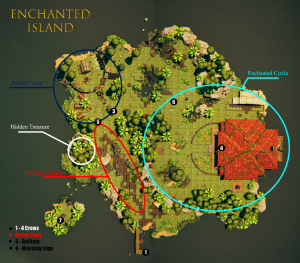 This is a campaign setting that I created for a group of 4 people – Oneshot ( Lvl 3-5 still not decided ) with lots of possibilities and different scenarios. Here are some basic guidelines for what I have planned to use :

● The story starts as the party is doing their best to keep the boat afloat, with water rushing on the deck due to high waves and bad weather ( I want them to get to the Island so no checks for wrecking the boat). ( Perception Check from 1 of the PCs ) One of the crew members oversees a silhouette of an island in the distance. ( Let them roleplay it )

● As soon as the party docks the damaged boat that barely got them to the “ Deserted Island “, a strange screech comes from atop one of the wooden poles, a crow staring directly at them. ( I’m planning to use the Crows as informants for the Mad Wizard)

● When the party steps on solid ground they come across an old camp with a broken raft and 2 rotting corpses of what seems to be human priests, as 1 holy symbol remains in the grasp of one of the corpses ( symbol of Meleora as one of the players is a Cleric that follows her ) and a holy journal in the other one’s arms ( as a way of introducing Meleora Lore to the cleric and a backstory of the Island ) In the journal: It’s written that this island is on the direct path of 3 sea currents colliding, a lot of trader ships and valuable loots are speculated to be disappearing in this region.

● As they move forward they come across a section of difficult terrain where the ambush begins, a hostile tribe of Orcs is capturing and killing all the survivors of the vicious sea currents. ( I think a group of 9 orcs with 1 mini-boss is a good amount for a warm-up but it will be decided on the spot if more are to be added or removed).

● Upon defeating them and scavenging the camp with materials hoarded for months they find a survivor, caged and in very bad condition ( if they help him he will tell stories of the orcs and the Mad Wizard*, the enchanted circle, and how to break it, might as well make him an NPC and help them in the big fight*). The enchanted circle is being held up by magical crystals that need to be broken, but only a spell can do it ( here comes the Sorcerer ).

● After managing to break the magic, they will enter the “creepy” house of the Mad Wizard where the fun begins. As he will play with their minds while remaining invisible in the beginning, and revealing himself when his brewing papers are touched – “DO NOT TOUCH MY WORK WITH YOUR FILTHY HANDS !!!” and you know how it goes.

Here are the NPCs I have prepared but as you know, there’s always the option to add/remove.● classic Orc 5e “monster” / Nerfed Orc War Chief ( half on everything we will see how it goes )● classic Mage “monster” with more HP ( will determine upon finishing 1st round, as I don’t want it to be neither long nor a short battle )

DISCLAIMER: It is NOT the Mad Wizard from Waterdeep, and sorry if there are mistakes as English is not my native. Hope you enjoy it. 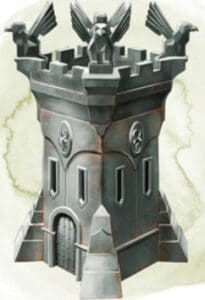 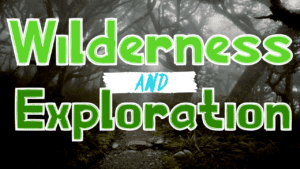