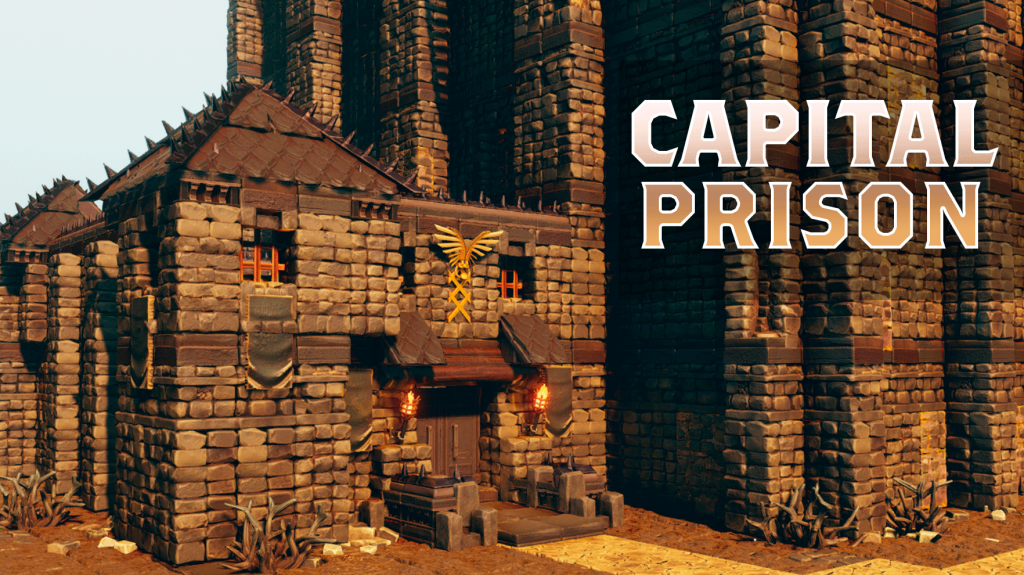 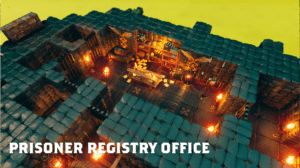 Designed to work as both a break-out and break-in scenario with multiple opportunities to escape or infiltrate the massive tower.

This floor is used for shorter stays and prisoners deemed low risk. The outside has a small area for receiving goods and allowing prisoners the occassional stroll.

If there was such a thing as the “main floor”, this would be it. Each side has an entry point. The front doors are where prisoners typically enter before they head left and get registered at the main office. On the opposite side of the office you’ll find two rooms reserved for visitors as well as a direct drop to the interrogation cells.

Nothing too spectacular here, but in addition to normal cells you’ll find sleeping chambers for the guards and the “treasury” where most belongings of prisoners are stored.

Want to slip some sleeping potion into the guard’s lunch? This is the floor to perform that task. The front tower rooms allow for alternative routes between the floors.

Nothing on this floor to identify it other than an office, or holding cell for a high-profile prisoner. Could be either. You’ll also find the doorway that leads to the “secret” floor here.

Sixth Floor – The sixth floor does not exist.

In addition to a small office, this top floor holds three rather decorated cells equipped to hold nobles, aristocrats and officer’s of rival kingdom’s.

Hope you get to use it in a campaign! Would love to hear about it if your players get to try it out.

Notice:
Two atmosphere markers are available in DM view for inside and outside moods. (Hit TAB).

Each floor is clearly divided so you can reveal each part without too much fuzz.

Find me on Twitch as Lemurian_Settler for your next adventure.