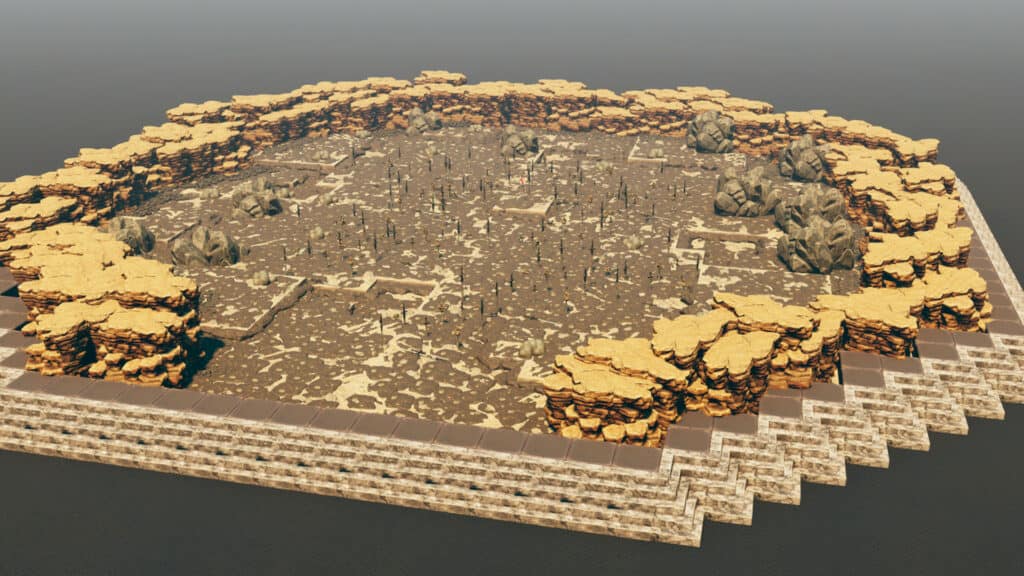 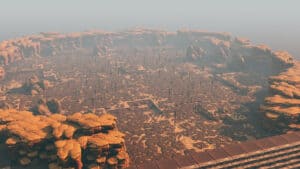 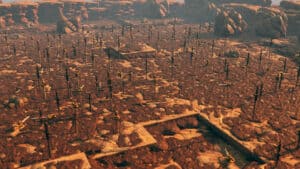 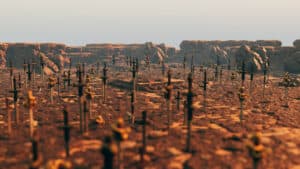 Many years ago, in a mountain range near a village, there lived a mysterious traveler from a distant land. He knew no comfort, and slept on the hard rock at night. He visited the village on occasion for naught more than some small talk, before returning to the mountains. One day on his return to the rocks and crags, a highwayman set upon him, and he was cut down by the man. Days later, mountain bandits, brothers of the highwayman, set upon the village in search of the man. The villagers, in fear, told the bandits that the man lived in the mountains, like them. The bandits searched high and low for the man until they found him resting in a valley. The man said nothing,  but stood and drew his sword. The battle lasted a day and night, and when it was done, the man had slain all but a few of the bandits, who fled in fear. Some died soon after from their injuries, and some led peaceful lives thereafter, but none forgot what he did. The villagers found the site of the battle, but did not find any sign of the man, except for his sword, which they set upright in the middle of the blades of all those he had slain, in penance for their betrayal. Perhaps the man died in the battle, perhaps he retired his sword-arm, or perhaps he still lives. None know for certain, but what is known is that to this day, when you are in the village, minding your own business, cutting wheat or hauling lumber, you may hear the echo of a dying bandit’s scream.

Or, whatever story you like to suit your purposes.

Board comes with an atmosphere block that I recommend using.