High Hall – Elturel (In Progress)
Board 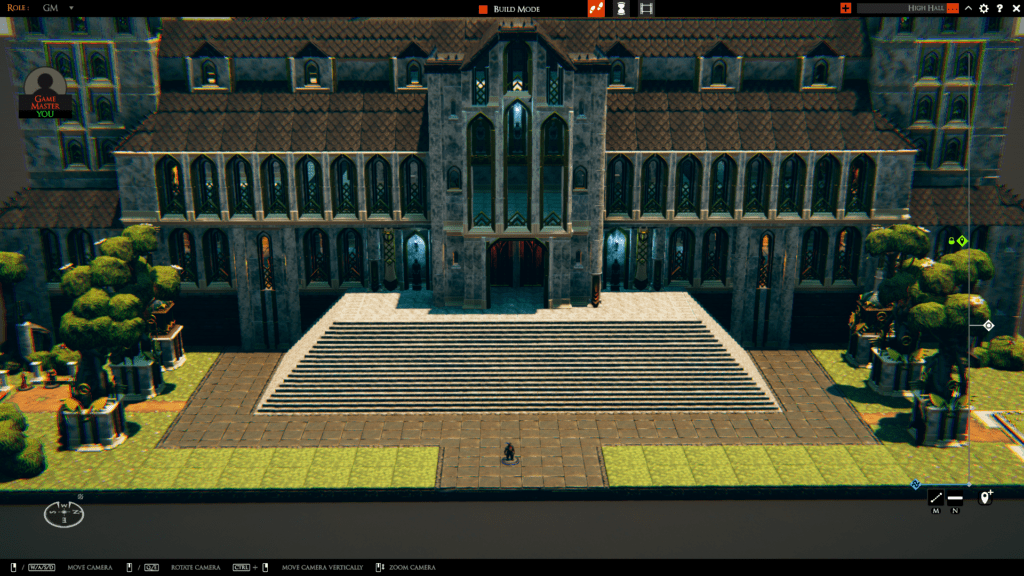 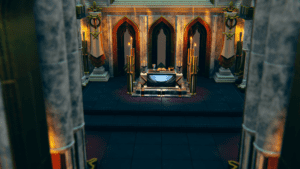 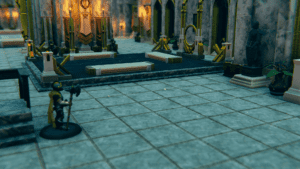 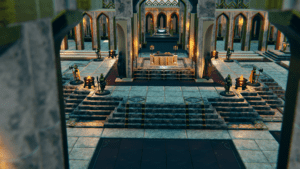 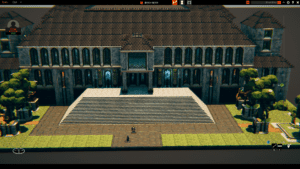 This is a pre-Descent into Avernus conversion of the High Hall map in that campaign (with a red theme and some background flames it should work for DiA).  It could equally be suitable for any sort of theocratic centre of power like a Paladin stronghold or something.

From the grandiose steps in the front, you enter the Hall of Heroes (H1 on the DiA map) and then into the main cathedral itself (H2 through to H6). On the first floor is my best go at a big church organ which connects to the upper levels of the Hall of Heroes and the two connecting towers (currently with two more floors).

There are two illuminated stair cases that currently disappear into the roof. In the module, these are supposed to connect to living quarters etc, but are blocked by rubble. And tbh, I don’t intend for my players to disappear up there…

I’ve not added the catacombs, they would fit I reckon… but they go four levels down which means the build going higher.

Version 1.3 – Ground Floor is done, 1st floor levels are done. I’ve redesigned the towers and balcony to make it come across more Temple site, rather than grand mansion (I’ve got a before shot in the 2nd image).

NB: Screenshots include Heroforge miniatures. I’ve removed a bunch as I’ve worked on the tower, there may be some still in the grand hall.

Thanks to Istallri and his Chrysos Temple, which feature as garden ornaments.