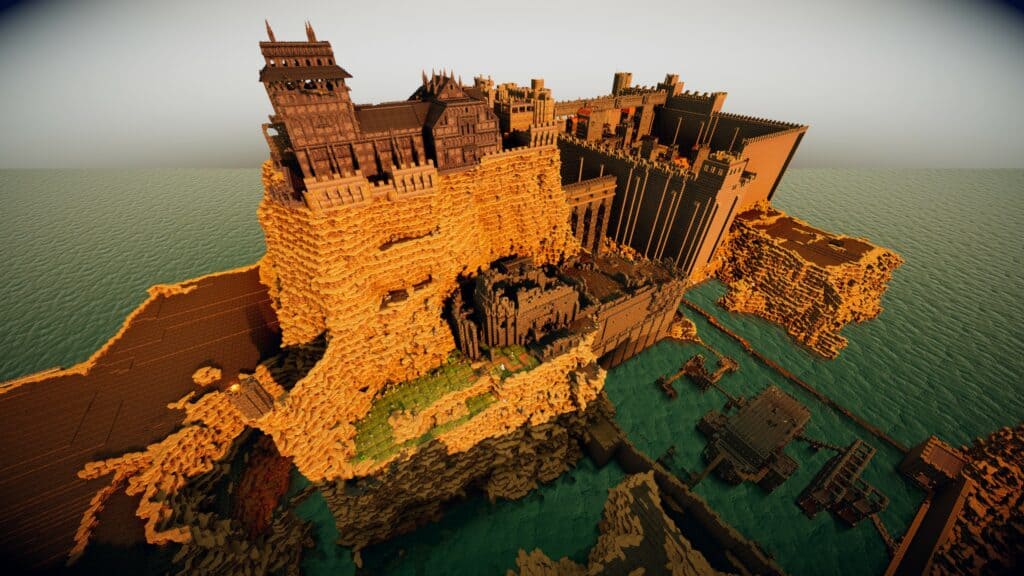 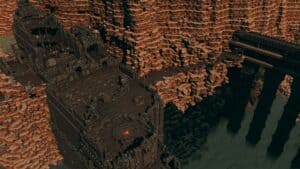 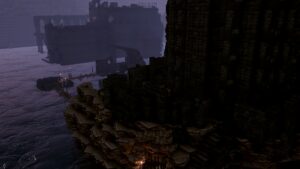 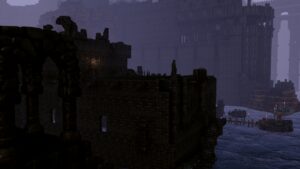 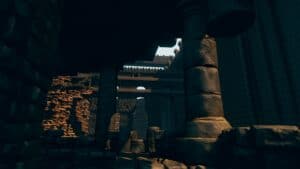 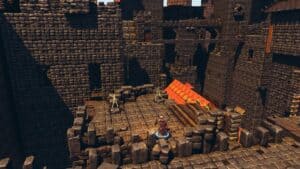 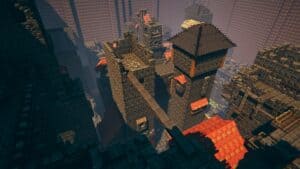 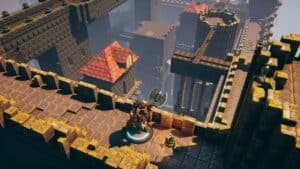 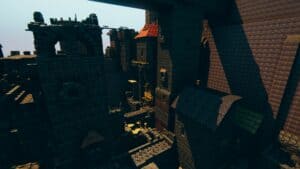 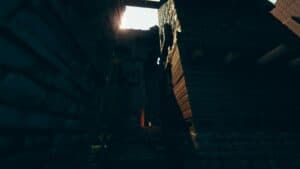 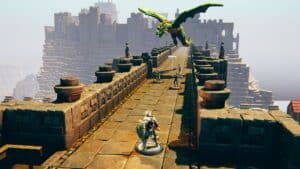 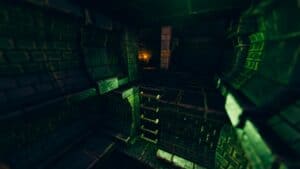 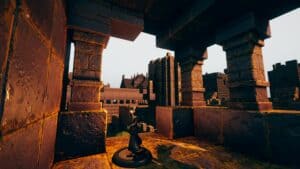 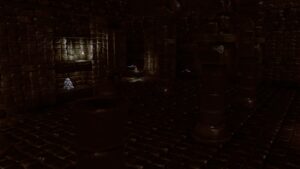 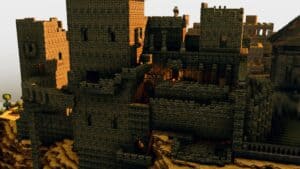 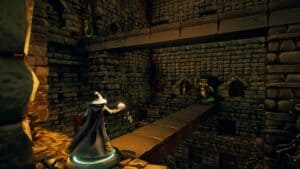 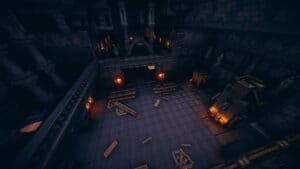 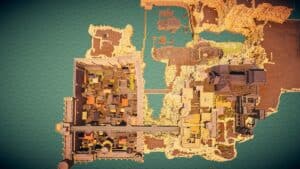 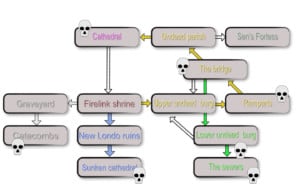 Welcome to the world of Dark Souls.

This project started as my Firelink shrine map. It started growing a bit too much. If you’ve played Dark Souls, you will recognize the areas easily. They are not exact copies, but inspired on the main zones of the game.  This is an extremely complicated map, with serious performance issues. I’ve tried to keep decorations to a reasonable level.  It is highly recommended that you study the map before setting your players loose on it!  . Also, monsters not included 🙂

So, this is designed as a four wings dungeon, with places for boss encounters (and minibosses too) along the way. Start at the bonfire in Firelink Shrine. From there you can cross the graveyard and explore the catcombs,  to find out a boss at the bottom. Or you can descend to find out what happened at the ruins of New Londo, now abnegated with water. Be careful not to fall into the cold water, for strange creatures may devour you while you try and find the mechanism at the tower to lower the water level, and then explore the cathedral for another boss encounter.  Then, move on to the aqueduct that leads into the desolated Undead Burg, crossing from the roofs to the ramparts, and reach the bridge. You can find there a way to go down, to street level, to another cathedral ruins, where the entrance to the sewers awaits you, a deadly and dark labyrinth culminating in another boss fight. Or cross the bridge if you dare, reaching the upper city, the undead parish, where the cathedral will dare you to climb its rooftops to a final battle at the top of the tower. Also, feel free to explore Sen’s fortress, full of treachery, serpents and falling boulders.

There is an image explaining the routes and which zones have alternative roads or shortcuts (usually blocked by doors, ladders, etc). It is recommended that you as the DM decide which ones are going to be available to the players, and which ones will only work as shortcuts after been unlocked. You have plenty of rooms to prepare your encounters, or simply explore, and some bigger rooms or boss zones. (taurus demon, the bridge, capra demon, gaping dragon, etc). The zones are quite straightforward, with a main path, sometimes two (three in the sewers as an exception).  This is a highly vertical map. Not only in the sense that it is reaaly tall, but also most zones have bridges crossing over other passageways, lots of vertical combat situations, and deadly falls.

The camera will give you some trouble in some areas. Be patient with your players, guide them or create some cutscenes to help them see better the enviroment. Sen’s fortress, the catcombs and the sewers are by far the most complicated parts, study them beforehand. Be ready to “correct” their movement, as it is quite common to move one more tile than intended and fall down, so you will have to pick their minis back to their intended place.

I’ve considered expanding this to include more areas in the future. That is why you can find some dead ends (a tunnel leading to the swamp, some blocked paths in the city, the entrance to Darkroot basin…etc). And of course, Anor Londo floating above Sen’s fortress. Fortunately, the developers made a massive improvement to the lighting system, so it is very probable that an “expanded” version will appear sometime! You have plenty of interesting places in it, and dungeons to explore. I hope you enjoy it as much as I did building it.