Catacombs of the Grey Knight – One Page Dungeon
Board 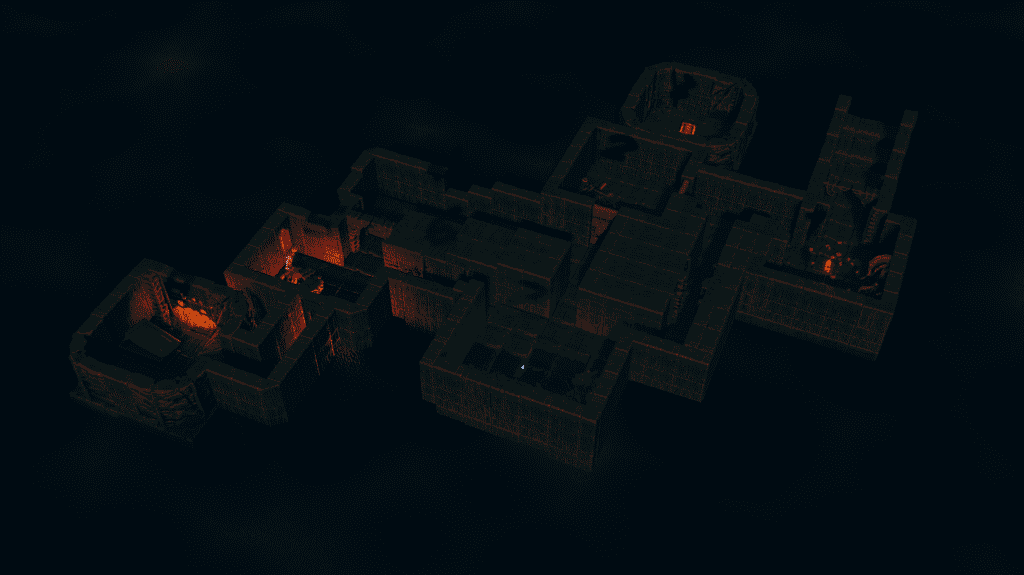 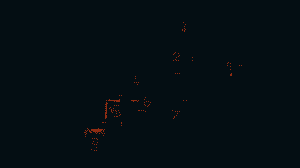 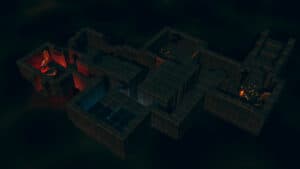 The catacombs of the Grey Knight are situated on a remote island. Currently, they are infested by ants, indifferent to the past of the place. Recently a thief dropped his booty here.

A One Page Dungeon created with inspiration from https://watabou.github.io/one-page-dungeon/ and OC.

Room numbers are provided in the slap and can easily be removed. The board contains 4 hide volumes and multiple hidden enemies.

1. An ivy-covered body of a halfling, a claw-shaped key close to it.

2. Some burnt-down torches and an old piece of rope. DC25 hidden door.

3. A tiny opening in the ceiling. A gold coin dropped in the middle of the room, the relict of a pirate goddess. This is the hiding spot for the thief’s loot.

4. A monster lurking in the dark

5. A fish statue with a keyhole in its mouth (Perception check).  A snapping trap inside the giant clam statue. A lavishly decorated iron door on the northern wall.

6. Some grey or green ooze hiding inside a slimy part of the stairs.

7. Some gold and small gems at the bottom of a murky puddle.

8. An open sarcophagus with rotten carvings on its side. The room is illuminated by glowing mushrooms. One of the stones under the mushrooms hides the opening mechanism for the room (3).