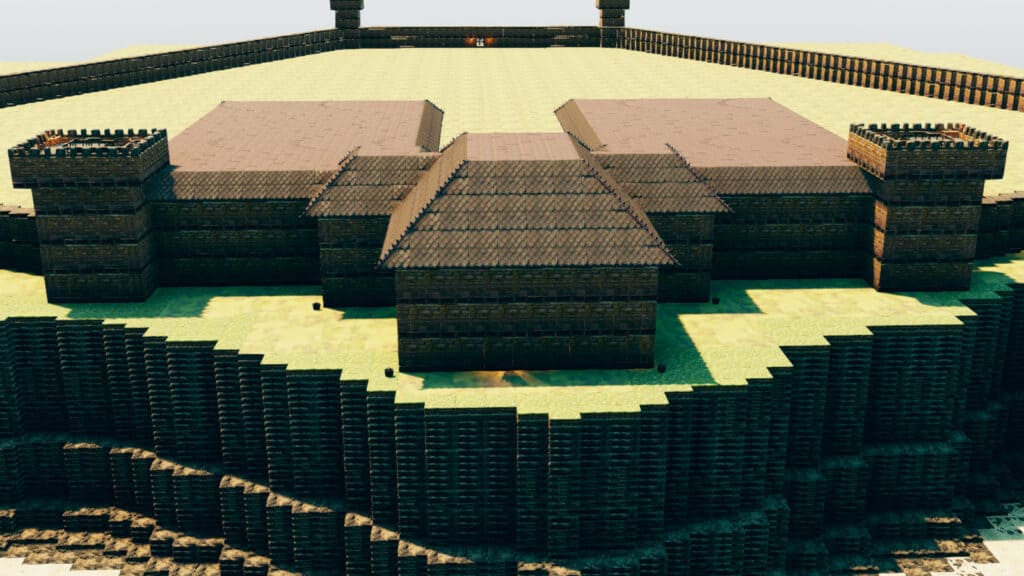 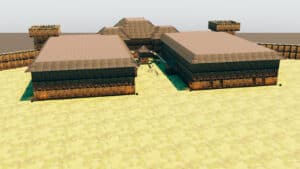 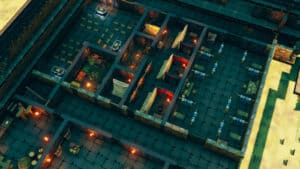 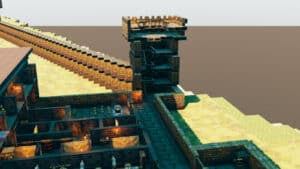 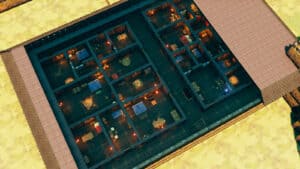 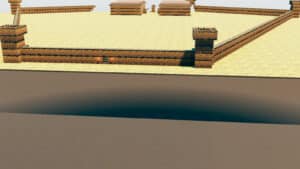 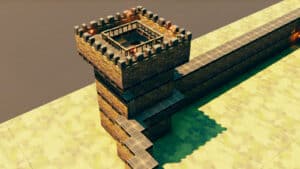 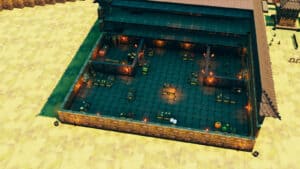 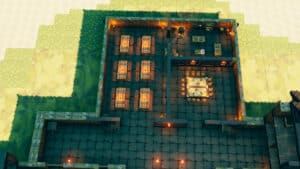 Waterdeep was involved in a war that went nuclear. A high ranking Harper, with lots of gold, a finders-fee from many years ago, felt the need to protect the survivors around her. She and the other Harpers slowly made their way west as the water on the coast dried up, and when they got to a cliff, they decided to settle there. Still relatively close to Waterdeep, in case any new survivors wake from the stasis they’re currently held in, but far enough away not to draw too much trouble from anyone.

The group started small, but as more and more people found their way to Caermoss Keep, the building expanded to multiple, and that stretched into a fully walled-in bailey. As one of the last sources of fresh water (they have a few working wells that aren’t tainted with radiation), the settlement is well prepared for refugees. The walls surrounding the bailey are hallways, allowing safe passage for people from the front towers, and even the front gate) when there’s toxic mist outside. The aqueduct system is enclosed to protect the clean water from contamination.

With everything from decontamination rooms, a classroom for learning magic, a day care, a bath house, to fully furnished housing for over 170 people (including the on-call cots for watchmen/guards on the towers), anyone can find what they need to make Caermoss Keep feel like the home!

(Work in progress because the ground that most of the keep is on is just a single layer slab of grass. There are flags in the hallways/walls attached closest to the keep to mark secret passageway entrances. The attics are hollow and could be used for more housing.)