Help me explore a couple of ideas I had for a campaign. What would their impact be on the players, the characters, our sessions, the people in-universe, etc?

1) Experience levels are formally recognized within the world. People can know for a fact that your character is, for example, a 9th level eldritch knight. This is tracked by a magic trinket that is attuned to your character, though not "attuned" in the 5E sense of the word. It wouldn't use up one of your attunement slots. It tracks how much experience your character gains. I've thought about the possibility of people finding ways to "hack" their trinket to get level ups faster and mostly decided that somehow they'd be immune to such tampering but maybe that could be a plot to explore at some point. When someone levels up they have to return to a guild appropriate for their class where they undergo training & some sort of ritual I haven't decided on.

2) This is very much related to #1 but is worth talking about on its own. In order to level up the PC would have to pass a class trial. They would be short, one-on-one adventures the player and I could run between sessions that would help demonstrate an understanding of some aspect of the class's role in the party, in society, etc. For example a rogue could be tasked with breaking an ally out of prison with the bonus and unexplained objective that if they were caught they could decide to assassinate their ward rather than let them be caught again & potentially leak (more) information about their organization. A paladin might have to adjudicate a case based on their alignment/oath or they might have to lead a small group of noncombatants through a dangerous situation. A fighter might be tasked with defending a target for X rounds, or they could be asked by another fighter to go subdue a monster that the other fighter would then sic on his cowardly squire to see how he handled it, again with a bonus & unexplained objective of refusing the request outright on the grounds that the PC didn't feel that was the best way to train the next generation of fighters. Higher level PCs would face more complex trials and I'm thinking of various conditions I could add to trials to make the same trial different and/or harder, like a wizard has to use a magic item with limited charges to overcome a particular trial. That way even if it was originally more of a combat trial it suddenly becomes more like a puzzle. If the PC fails their trial they can immediately retake the same trial or a different one. They'd have some modest penalty, probably just a bit of gold based on their level. If the player wanted to skip the process altogether they could pay...maybe 3 times the failure penalty and we just assume they passed the trial after enough attempts. I'd like the simple idea of leveling up to feel even more rewarding than just increasing your stats and if I could tailor the trials to the person playing the character I think these trials could do that. I recognize at least some problems in the system too. Some players may not like the idea at all but I think that's a problem that's easy to take care of in session zero. There's also the issue that I've introduced a failure penalty not present in the original rules but no bonuses that aren't in the original rules so I considered having each trial available in various difficulty levels and if they do the trial on a hard mode they could get some extra reward, perhaps an XP bump or a level appropriate item. The other major issue is that it delays their level up. I don't see it as an issue because I'd always tune encounters to their current level anyway but I can very easily see how other players wouldn't want to wait.

As always I'd like you to be completely honest in your feedback. If you hate the ideas then feel free to tell me why.

This topic was modified 5 months ago by MallowOni
12 Replies 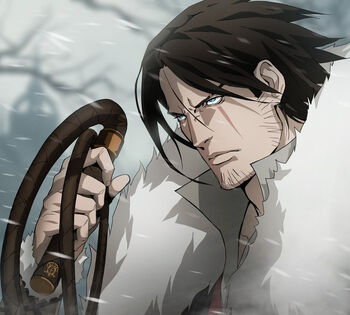 We use a similar system in my campaign but it is a tattoo that is applied thru a scroll. It shows your guild affiliation and rank (level). it shows up thru clothing so no hiding it( i.e. if its on your chest your armor has it in same place.). I don't know if he is going to do anything special when we level up I will find out this weekend as I'm going to be the first to level up in this world.

Now onto the next part. I love this idea but not for every single level. Maybe every 5 levels or when multiclassing. I can see when you level up you have to return to town for acknowledgement and training. Thus you could not level up until you return to town. I am very much one of those players that builds their character with care and love, so any extra roleplay or bonus to the experience is amazing.

The tattoo is a very cool idea though I like the idea that someone can hide what they are. Only class guilds or anyone with access to the same magics can tell what you are. That way if a rogue wants to pretend to be a humble businessman he can. Your class isn't on display for the world necessarily.

For the class trials do you mean just do most of them "offscreen" or do you mean they just don't happen 80% of the time?

This post was modified 5 months ago by MallowOni
Reply

@darkankh13 Ha, that tattoo concept reminds me a lot of an anime called Is it wrong to try to pick up girls in a dungeon(or something like that).

well we are in one central fighters guild so its not based on your class.  you could do one on one between sessions or add it into first hour of session if you want. Really its your call at end of day, but I like the idea of party mates watching and cheering you on during the trial.

@Darkankh13 Yeah having spectators was definitely planned. When you're low level & unknown you'd probably just be spectated by your party. High level/ famous adventurers would probably have draw large numbers of spectators with gambling, et al.

Running the trials at the end of or between sessions was something I mentioned in the original post but I accidentally said it would be between campaigns rather than sessions so that was something I fixed. Still it's not a bad idea to skip a certain number of levels between trials.

I like the idea of the tattoo as well.  Definitely have to limit it (so rogues don't all get outed and stoned), but definitely something showing their experience in some way is cool.  Though I'm fond of tattoos as my barbarian as a tattoo that he can reshape at will which is fun (changes based on his mood or what they just killed).

@mad-wizard One plot idea I had is much easier with trinkets than tattoos. A trinket can be taken away. Maybe at some point one or party members' XP trinkets are stolen so now they can't progress with their guild until they get them back.

Another fun idea is the trinket gets destroyed or they are kicked out of their respective guild thus they have to find a new profession, which would be cool way to lead into multiclassing.